Tony Granato has spent a lifetime in hockey. That unwavering commitment will be rewarded Dec. 9 when he’s inducted into the U.S. Hockey Hall of Fame.

Granato not only had an exceptional playing career, but he has continued as a coach at the NHL, collegiate and international levels.

He played 13 seasons in the NHL for three different teams. He helped the Los Angeles Kings to the Stanley Cup Final in 1993, and he still holds the New York Rangers club record for goals by a rookie — 36.

Granato put up 220 points in a prolific four-year collegiate career at the University of Wisconsin, where he stands today fourth all-time in school history in points and third in goals. He was a two-time All-American for the Badgers and a finalist for the 1987 Hobey Baker Memorial Award.

He spent the 1987-88 season with the U.S. Men’s National Team and represented the U.S. in the 1988 Olympic Winter Games, one of seven times he donned the red, white and blue as a player.

Granato was named to the NHL All-Rookie Team after leading the Rangers in goals with 36 and contributing 63 points in total. In 1990, he was traded to the Kings where his prolific goal scoring was key in L.A.’s run to the Stanley Cup Final. He bounced back from a serious head injury in 1996 to play for San Jose, earning the Bill Masterton Memorial Trophy that season and playing in the NHL All-Star Game in front of his hometown fans. He retired following the 2000-01 season.

Following retirement, Granato worked briefly in the media. He then spent 13 seasons in the NHL as a head or assistant coach. Granato was named the head men’s ice hockey coach at his alma mater in 2016 and continues in that role. He was named the 2017 Big Ten Coach of the Year and was a finalist for the Spencer Penrose Memorial Award that year as national coach of the year.

Granato served as head coach of the 2018 U.S. Olympic Men’s Ice Hockey Team and as an assistant coach for the 2014 squad.

He took time for a Q&A session with USAHockey.com ahead of his HOF induction. 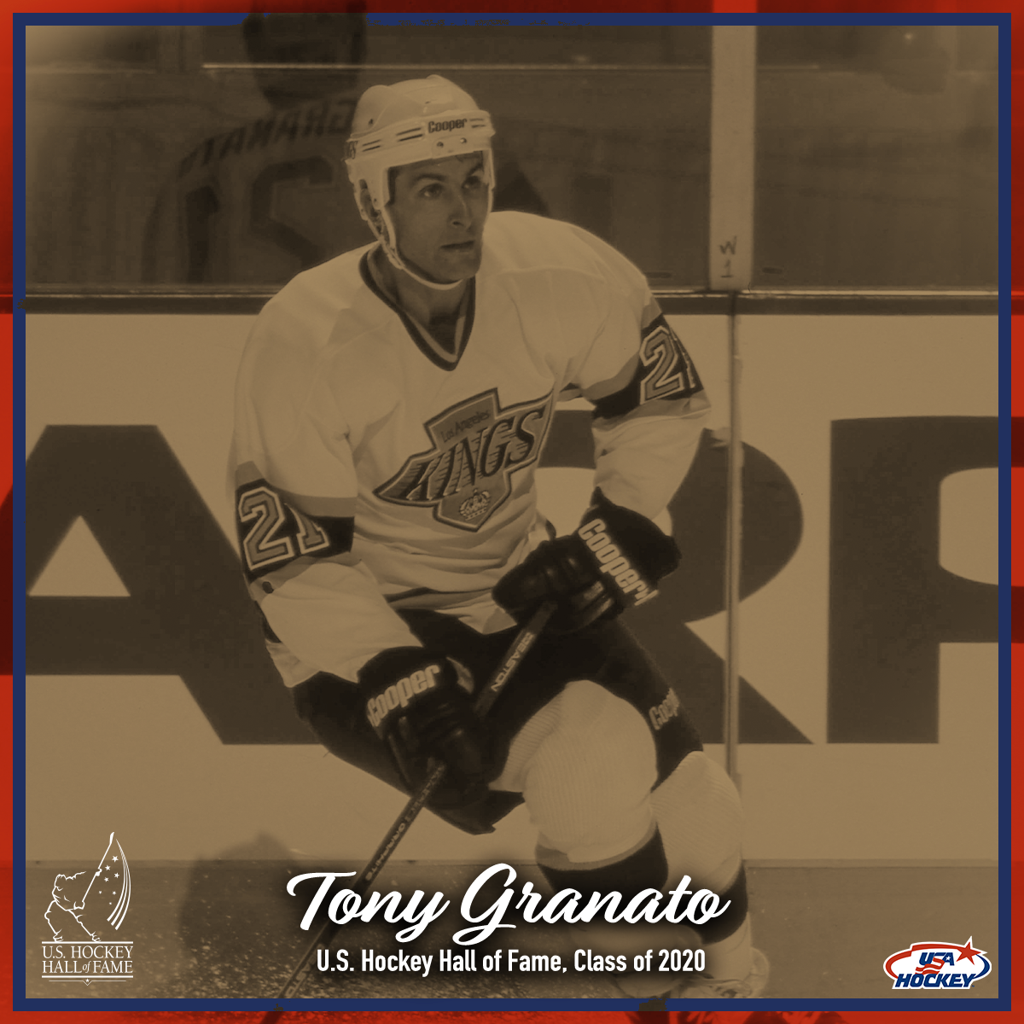 USAHockey.com: What was it like when you got the call that you were going to be inducted into the U.S. Hockey Hall of Fame?

Tony Granato: It was very overwhelming to be told that you’re going to be inducted into the U.S. Hockey Hall of Fame. I took some time by myself to kind of reflect on kind of the journey. I didn’t call anybody or tell anybody for a few days. I guess when you get older, you get more appreciative of all the things that you’ve been blessed enough to be part of.

USAH: What did it mean to you to don the USA Hockey sweater and represent your country on the ice?

TG: I think the part that is really important to me is I want to be known as an American hockey player. The USA flag, the USA jersey and wearing the red, white and blue … there’s no better feeling as an athlete than to be able to pull over that sweater and see the red, white and blue colors on your jersey and on your chest. The meaning and the feelings become greater and greater.

USAH: You represented the U.S. at the Olympic Winter Games as both a player and a coach. What were those experiences like?

TG: An opportunity to represent your country is different than just representing a hockey team. Being an American player and having a chance to wear the same jersey that Mike Eruzione did, and that Jim Craig did, that Mark Johnson did, that gives it a whole different meaning and purpose. It’s the ultimate feeling that you can have as an athlete.

USAH: You come from a big hockey family. How has your family impacted your career, specifically your brother, Don, and sister, Cammi?

TG: The three things as a young kid that I remember most were, one, how much our family loved the game of hockey. It wasn’t just me. It was all six siblings and my parents. And two, I was given the opportunity … to play hockey and to do it all the time. And the other thing was, we loved each other. We were close as a family. To have family that shares that same love for the sport as I do and as my parents do, that makes the family dynamics really cool.

USAH: You played at the University of Wisconsin and are now coaching there. How special is it to be the head coach of your alma mater?

TG: It’s spectacular. To have a chance to come back to try to help young players … I realize that somebody’s got to help you along the way. I love the kids that I’m working with. I love the challenges of being a college coach. And I’m really happy to have an opportunity to, again, help our program build itself back up to being a premier program, one, and two, help our kids that we recruit have opportunities when they leave here, whether it’s in hockey or not.

USAH: What advice would you give a young player just starting out?

TG: The most important thing for me, when you see younger players, play the game for the love of the game, and then everything after that will take care of itself. If you play the game to try to do something special with it or be somebody special, then you forget why you play. [I could] go on and on about the great players. What do they have in common? They have in common they love the game. They just want to play hockey.

USAH: What have you been most proud of over the course of your career?

TG: I’d just say my family’s ability to support and love one another and be able to enjoy the game. We’ve always been there for one another. It’s brought our family together. I guess I’m most proud of our family and how we’ve dealt with different things that have been thrown at us throughout the years. And we’re still smiling, we’re still all involved in the game in one way, shape or form, and we still love the game as much or even more than we did as kids. 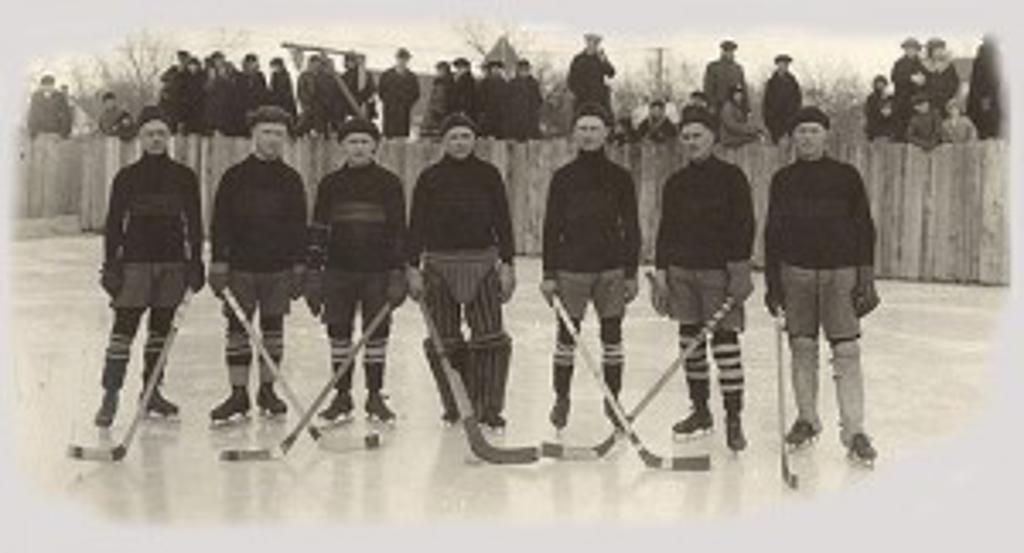