Both winners officially received their awards on Dec. 9 at the USHHOF Induction Celebration

They’ve given much of their lives to hockey.

And in recognition to their great commitment and contributions to the growth of the game, Jack Barzee and Lynn Olson were honored with the Lester Patrick Award on Dec. 9 at the U.S. Hockey Hall of Fame Celebration in Denver.

The annual award honors Patrick, who spent a half-century in hockey serving as a player, coach and general manager supporting the sport’s development.

“Through six decades of service to our game, Jack Barzee played just about every conceivable role — from player to coach to general manager to scout to administrator,” NHL commissioner Gary Bettman said in a release. “Every step of the way, he tirelessly advocated for hockey in the United States and focused relentlessly on promoting the talent and skill of American players.

“Jack was instrumental in the growth of the United States Hockey League and the flourishing of franchises in Waterloo and Dubuque before beginning a 27-year career as a pro scout — four with the Washington Capitals and then 23 with the NHL’s Central Scouting Bureau. Throughout, he was and remains one of the most engaging personalities and great conversationalists in the sport. For his stellar service to hockey in the United States, Jack Barzee is a fitting recipient of the Lester Patrick Trophy.”

Bettman was equally complimentary of Olson’s many contributions to the game.

“It is difficult to imagine that there is anyone whose body of work better fits the description of ‘outstanding service to hockey in the United States’ than Lynn Olson,” Bettman said. “Her passion for our game, her determination that it be as available and welcoming to girls and women as to boys and men, and her relentless pursuit of that goal have been transformative. That Minnesota truly has become, for everyone, the State of Hockey, is a credit to Lynn Olson, and we are delighted to present the prestigious Lester Patrick Trophy to such a deserving recipient.”

The 80-year-old Barzee, a native of New Haven, Connecticut, began playing hockey at age 6 and found a way to stay in the game for his entire life. The award has special significance for him.

“I have an association with the Patricks that goes back to my youth in hockey,” Barzee said. “Then this goes full cycle, and I come back and win the award? Sixty-two years later, I’m holding Lester Patrick’s Award. What is it, the hockey gods?

“It’s so gratifying. I just don’t think I did anything special. I just tried to exist, and I followed my heart. I loved the game.”

Barzee came up short of his dream of representing the U.S. at the Olympic Winter Games, but he persevered and always found a way to stay in the game.

“I ran into obstacles all along the way, being an American, wearing glasses, being skinny,” Barzee said. “I must have got cut 40 times in my life. Anytime anybody needed a player, somebody would call me, and I’d be there.”

Barzee was persistent and — at times — a little lucky, he said.

“Doors opened that I jumped through,” said Barzee, “and lots of them got closed in my face, but I jumped right back and knocked at the door.”

As a scout, Barzee held his ground and advocated tirelessly for American players.

Barzee said there were times when he didn’t know if he could stay in hockey but then another door would open to him. 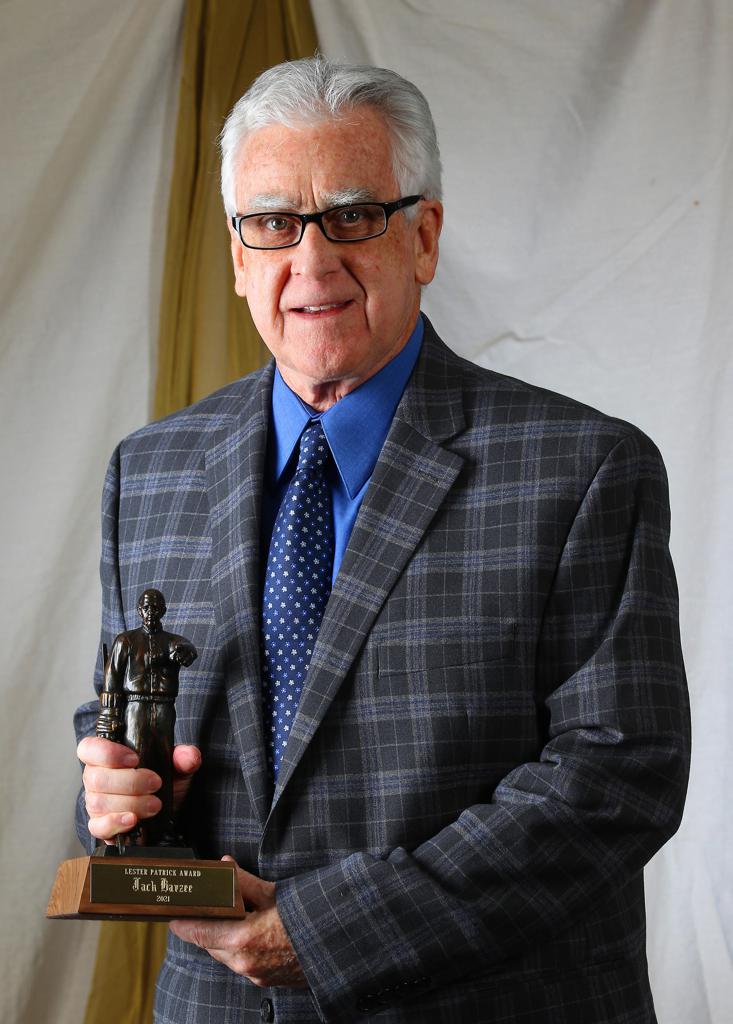 “How [do] the doors keep opening?” Barzee said. “I’m just overwhelmed and gratified and humbled and so lucky. Hey, how many people get to do what they love most their whole life? What a rich life I’ve had. It’s just amazing.”

Like Barzee, Olson was touched when she heard that she would receive the Lester Patrick Award.

“I had no idea,” Olson said. “It’s very humbling. I’m very appreciative. I appreciate it because of all the hard work it was over the years trying to accomplish this for the girls and women.”

Olson came to the game later than Barzee. A broomball player, she switched to women’s hockey as a 29-year-old. She immediately was hooked.

“So, I went out and bought myself some hockey skates, took a clinic, and just fell in love with the sport,” Olson recalled. “Of course, there was nothing for girls and women way back when. We didn’t have the opportunity to participate in many sports.”

As a player, coach and administrator over the years, Olson has pushed for greater opportunities for girls and women at the state, national and international levels. She helped establish girls’ high school hockey in Minnesota and create the women’s program at the University of Minnesota.

In Minnesota alone, there now are thousands of girls now playing high school hockey on 116 teams.

“I coached my two daughters at their high school, Academy of Holy Angels, for three years,” Olson said. “Our team had the first official game in the Minnesota State High School League. It just happened to be scheduled that way.”

Olson helped found the USA Hockey Girls’/Women’s Section, served as its first director, and stayed on for 21 seasons overall.

“I traveled 26 weekends out of the year the first year,” Olson said. “It was a lot of work, and I’m very grateful to my husband, who happened to be a firefighter and had a 24-hour schedule. But it all worked out.”

Olson was also part of the successful effort to lobby the International Olympic Committee to add women’s ice hockey to the Winter Games, which exposed millions worldwide to the sport.

Of what accomplishment is Olson most proud? 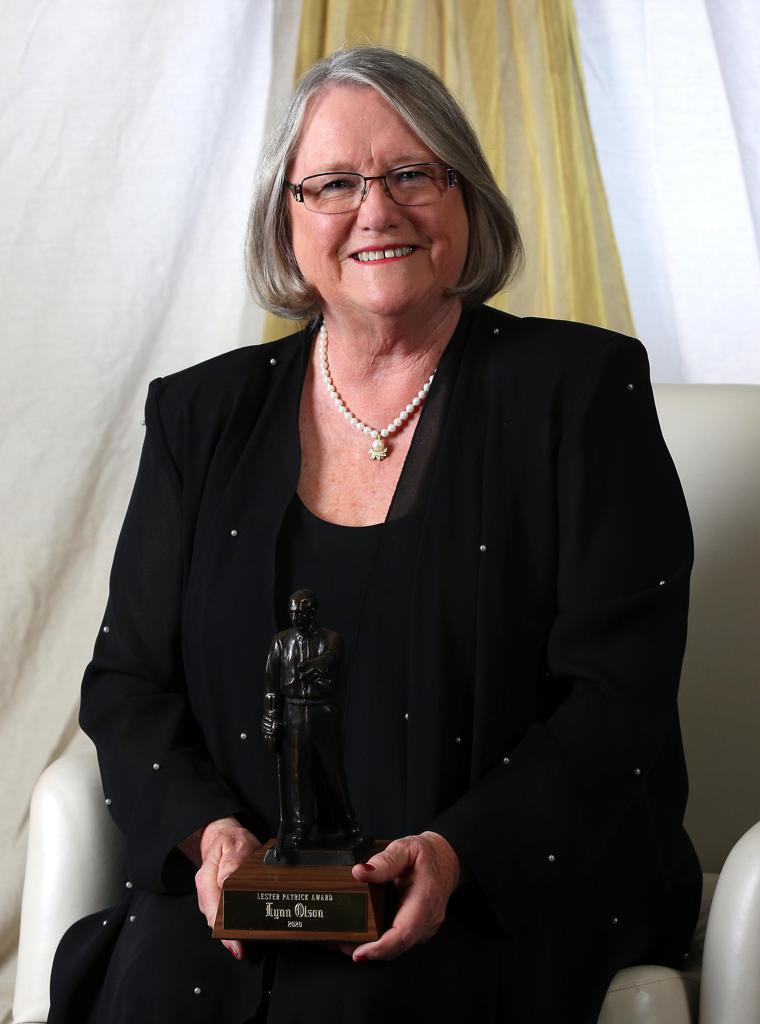 Olson pointed out that women now are getting involved in the game off the ice.

“The women are getting into the career side now of promoting hockey, marketing it, announcing it, being on the media side,” Olson said. “I think it’s pretty well accomplished now that they’re ingrained into all of the parts of the hockey programs, even at the national level.

“It’s very gratifying. I’m so happy and appreciative of everything that these girls are doing now, taking their leadership forward.”