Every U.S. Hall of Fame Class is special. They are the elite of the elite in their sport.

But in a year where the hockey world will celebrate the Hall’s 50th anniversary, there seems to be a little extra nod to the status and accomplishments of the five who will be enshrined at the 2022 ceremony.

Steve Cash, Jim Johannson, Jocelyne Lamoureux-Davidson, Monique Lamoureux-Morando and Ryan Miller will take their place in the U.S. Hockey Hall of Fame on Nov. 30 during a ceremony in St. Paul, Minnesota.

“We do have another extraordinary class this year and I’m proud to be able to say that year after year after year,” USA Hockey Executive Director Pat Kelleher said. “Truly another amazing group here that have done so much for hockey, our country and in different ways with hockey in our country.”

A goaltender who made the U.S. National Sled Hockey Team as a 16-year-old, Cash is the first Paralympian to be elected to the U.S. Hockey Hall of Fame.

The 33-year-old native of Overland, Missouri, with the nickname “Money”, won 119 of his 150 games with Team USA, compiling a 1.22 goals-against average and .898 save percentage. He was the backbone of a U.S. program that won – at the time – an unprecedented three straight Paralympic gold medals and five world championships before retiring prior to the recent Beijing Paralympics.

Among his most impressive accomplishments was his Paralympic debut at the 2010 Vancouver Games, where he recorded a shutout in all five games.

“Just going down that list of things I’ve been able to accomplish in my career is still unfathomable in my mind,” Cash said. “I can remember when I first started, what sparked my dream was seeing a video of the 2002 team win the gold medal in Salt Lake. At that point, I had no idea what sled hockey actually was.”

Cash is now a legend in the sport he didn’t know anything about 20 years ago. Becoming the first Paralympian elected to the Hall of Fame to his career achievements makes him stand out even more.

“It clearly means a lot to me personally, but I think it’s pivotal for the game itself and the Paralympic movement,” Cash said. “Because sometimes we are overshadowed by the Olympics. Although we all take a lot of pride in being able to compete after the world’s biggest stage — with players like Ryan, Monique and Jocelyne — and to even consider ourselves in the same boat as them, it's something that we will keep in our minds as we go along.” 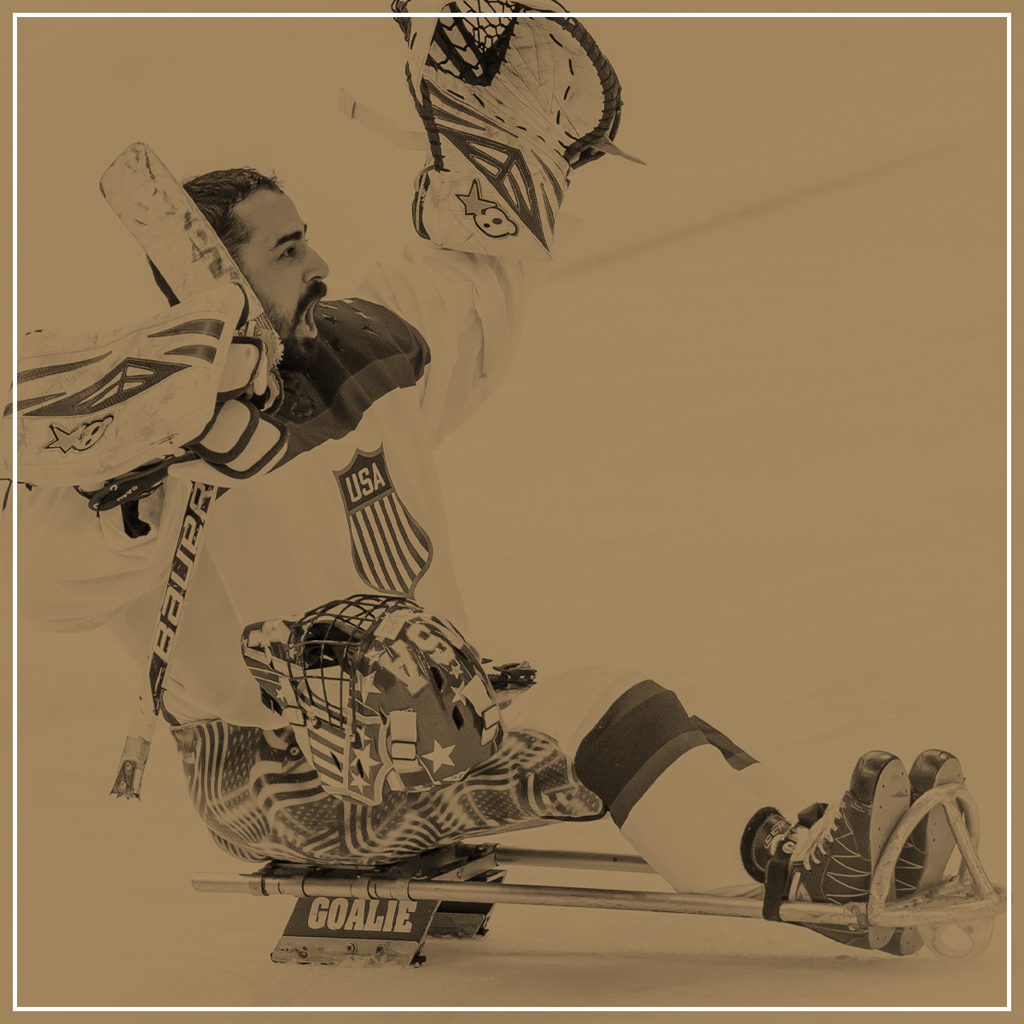 While the Rochester, Minnesota, native had an excellent career as a player — winning an NCAA championship at Wisconsin and twice participating for the U.S. in the Olympics— Johannson will best be remembered as a USA Hockey executive who helped raise the level of America’s status on the international stage.

Johannson, who died at 53 just three weeks before the team he assembled was to play in the 2018 Winter Olympics in PyeongChang, joined USA Hockey in 2000 as manager of international activities and U.S. Olympic Committee relations and worked his way up to assistant executive director of hockey operations, where he impacted all aspects of the organization.

USA Hockey won 64 medals, including 34 golds, with Johannson part of the team. He also was instrumental in the origins of the American Development Model, which helps with the skill development and access to the game for kids, as well as obtaining what is now USA Hockey Arena in Plymouth, Michigan, the home for all U.S. teams to utilize.

“I’m so incredibly proud of the impact that he had as an athlete and as a teammate and an administrator, not so much for what he did on the ice and off the ice as an administrator, but for his kindness and his generosity towards others,” said Johannson’s wife, Abby. “J.J. was always a really great person and he was so likable and had such a wonderful impact on so many.”

Abby Johannson said among the things Johannson really enjoyed was putting teams together and just being around the players. That 2018 Olympic team was formed after the NHL did not allow players to compete, so Johannson used college and other professional players for his roster. 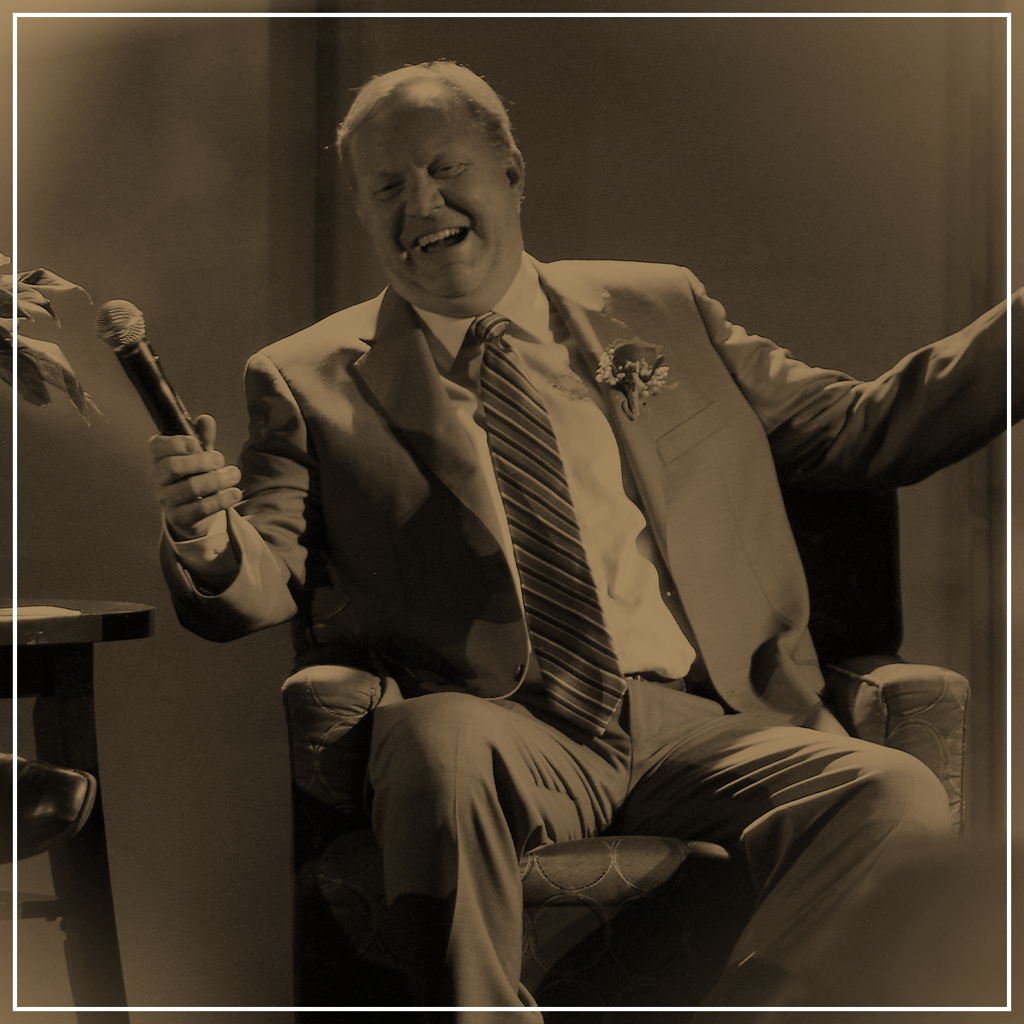 Along with Monique in this class, the 33-year-old sisters from Grand Forks, North Dakota, are the first set of twins to be elected to the U.S. Hockey Hall of Fame. Both made their own marks on the sport.

Lamoureux-Davidson scored perhaps the most famous goal in USA Hockey women’s history in the 2018 Olympics when she converted in the sixth round of a shootout for a 3-2 win over Canada — the Americans’ first gold medal since winning the debut of Olympic women’s hockey in 1998. The play has been dubbed the “Oops I Did It Again” goal.

“When you reflect back on your career, you think about all the people that helped you get to where you were and obviously maintain a career of the length that I was fortunate to have,” Lamoureux-Davidson said. “You don’t do it alone. You certainly have lots of help along the way whether that’s teammates, coaches, parents, just the list could go on forever when I reflect back.”

As proud as she is about her accomplishments on the ice, Lamoureux-Davidson also pointed out what she has done off it in a continuing fight for the overall betterment of the game.

“I think what I’m most proud of is just the teams that I was a part of, especially the great teams that I was a part of, is it's not just the medals we won, but the change we made for women's hockey,” Lamoureux-Davidson said. “We elevated the game and I think women's hockey has grown so much as far as the speed, the skill. To be a part of I think such an instrumental group on and off the ice is what I’m most proud of and the further you get removed, the more you appreciate the people that were a part of your journey.” 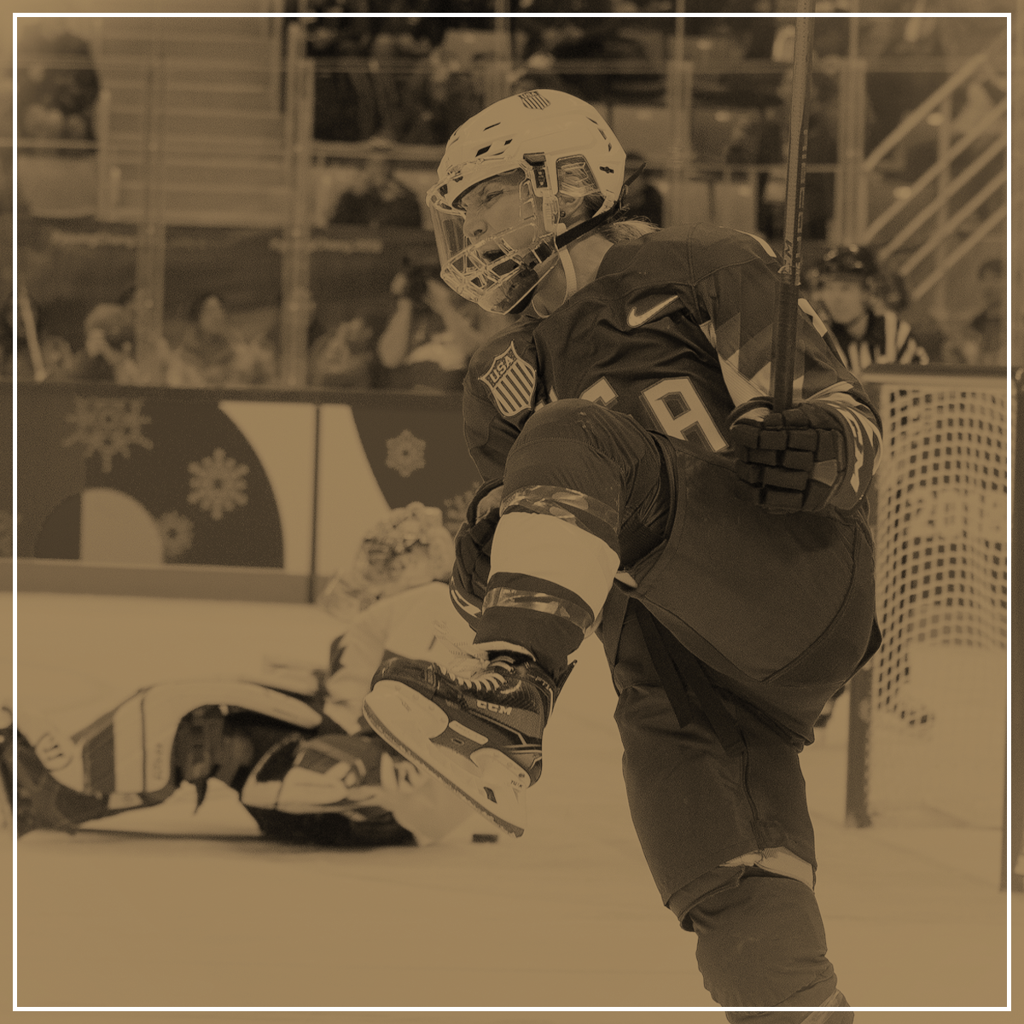 The Lamoureux twins will always be tied together and that was never more evident than the 2018 Olympics.

Versatility was a big part of Lamoureux-Morando’s game. She played forward and defense, enjoying the work on the blue line more.

Lamoureux-Morando, like her sister, was a three-time Olympian and won six golds at the world championships. She registered 143 points (62 goals, 181 assists) in 135 career games with USA Hockey, including nine goals and seven assists in 15 games at the Olympics.

“The more you get removed from it, the more you realize how special certain groups are and teammates and what we were able to accomplish,” Lamoureux-Morando said. “It’s truly an honor [to be elected to the Hall], but it’s really a reflection of all the people that we had around us for a number of years. To be able to have such a long playing career on the national team is pretty special and to be able to live out our dream and three Olympic Games and to finally get that gold in 2018 is something that we’ll always cherish.”

The Lamoureaux twins are just part of the latest group of players expanding the boundaries of women’s hockey. Lamoureux-Morando sees that in Cammi Granato, who scored the first goal in U.S. Olympic history in 1998, who is now assistant general manager with the Vancouver Canucks. Lamoureux-Morando was asked if she could see a woman as an NHL head coach.

“I think it’s for sure coming down the pipeline,” Lamoureux-Morando. “Just to see the opportunities that a lot of women are getting right now, it’s been unprecedented. It’s exciting to watch and I think the sport of hockey as a whole, there’s a long ways to go. But the NHL is making a big push and hopefully I think that filters down into the collegiate level, your junior level, your high school level.” 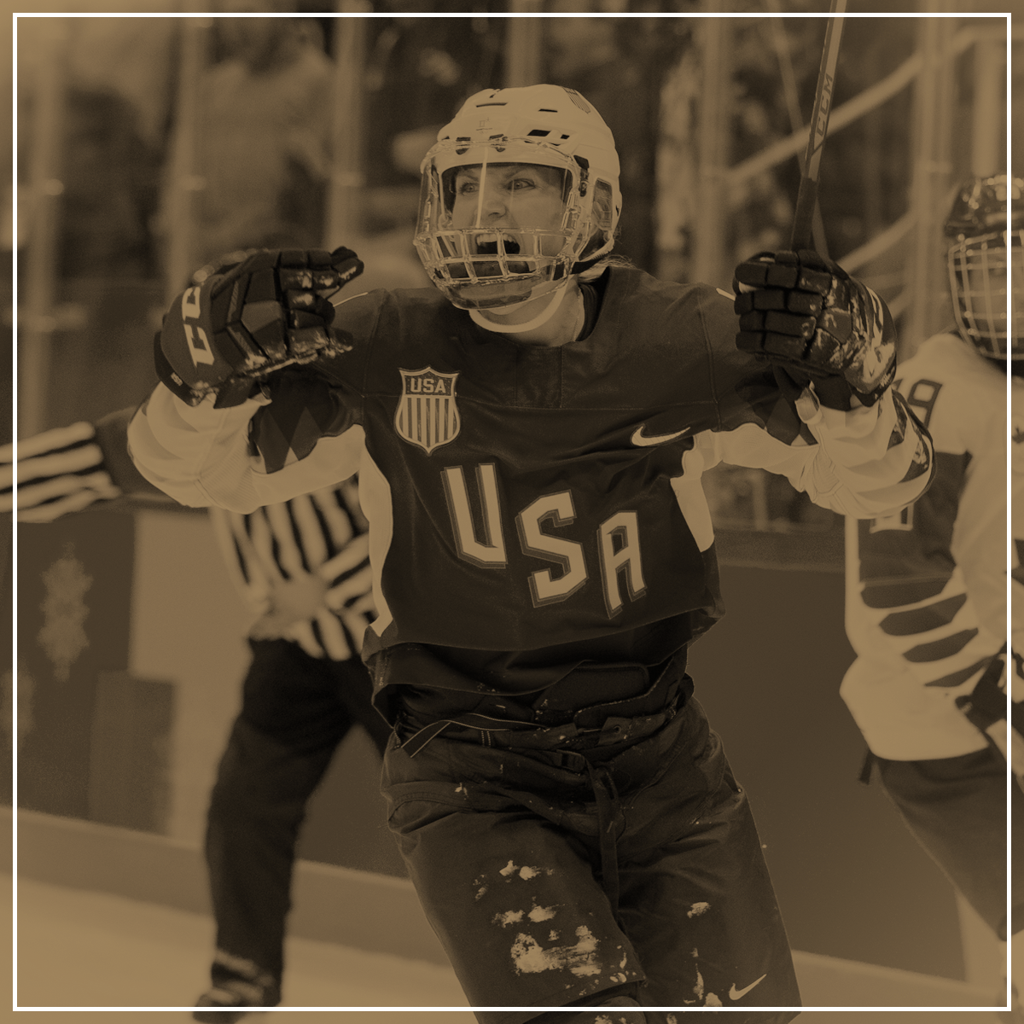 The native of East Lansing, Michigan, retired from an 18-year NHL career as the winningest American goaltender with 391 victories. Miller, now 42, won the 2010 Vezina Trophy as the NHL’s top goalie had a .914 save percentage and 2.64 goals-against average.

Miller was also a two-time Olympian. As the primary goalie in 2010 in Vancouver, he went 5-1 with a 1.30 GAA and .946 save percentage in helping the U.S. earn a silver medal. Miller earned tournament MVP honors for his performance. In college at Michigan State, Miller won the 2001 Hobey Baker Award as the nation’s best player.

“For me, this is a very special and happy moment,” Miller said. “Proud every time I got to wear the jersey, red, white and blue, but I remember as a kid watching the games in Lillehammer [1994], if you can go back that far. But just being inspired by the American players and just really identifying that I’m an American and my goal is to play hockey and excel and be the best I can.”

American goalies have had a breakthrough in the NHL, with many of them looking at Miller to pattern their game after. He credits what USA Hockey has done with the development of youth players in creating unprecedented depth at the position.

“It has been impressive,” Miller said. “Now you see the access and the information passed along so easily — I mean, there's 8- to 10-year-olds who are doing a butterfly slide better than I ever could in my career. It’s amazing to see, these kids are gonna knock it out of the park..” 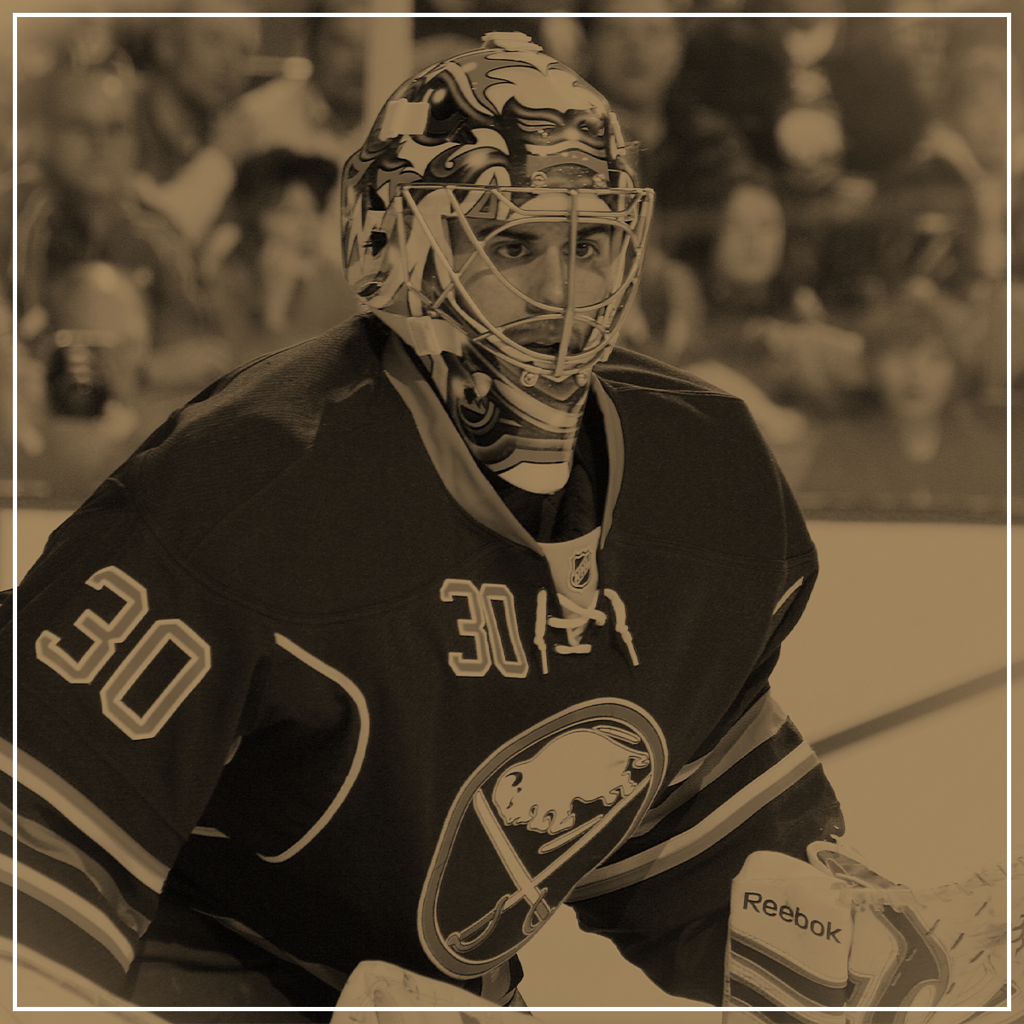 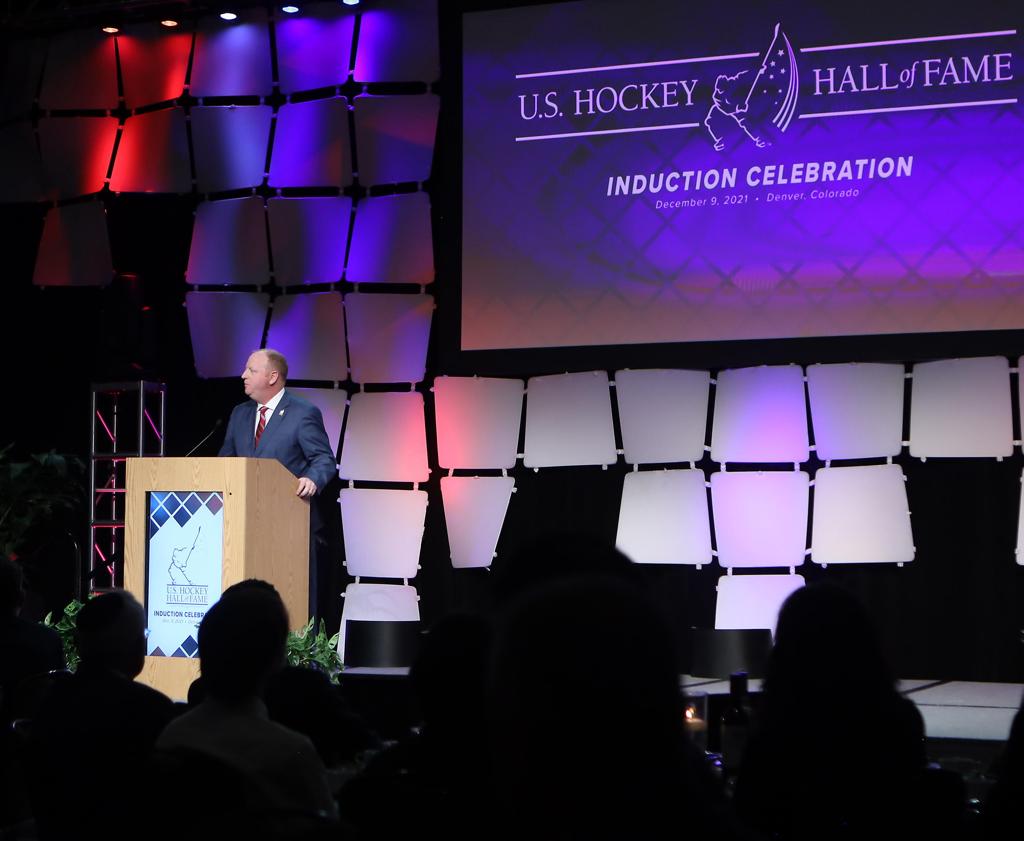