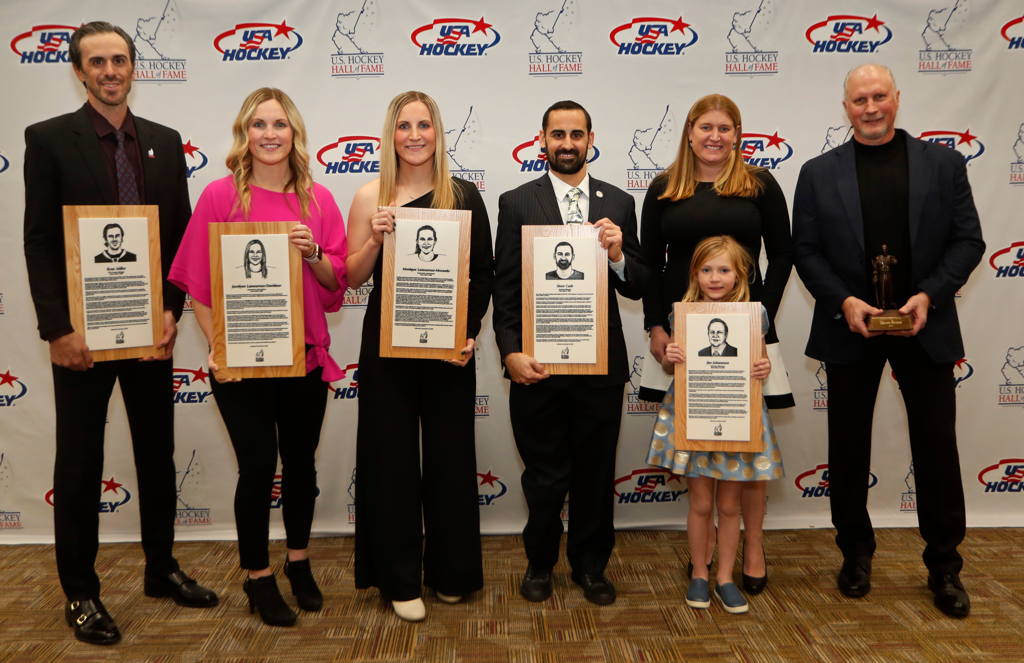 In addition, Warren Strelow was honored with the Lester Patrick Trophy, presented by the NHL for outstanding service to hockey in the U.S.

“Tonight's 50th anniversary Induction Ceremony was an incredible celebration of our sport and the individuals who make it so special," said Mike Trimboli, president of USA Hockey. “The five inductees honored tonight, as well as our Lester Patrick recipient, have all made such positive contributions to our sport and we’ll continue to benefit from their contributions for decades to come.”