An anchor on ESPN's SportsCentersince 1993, Levy provided play-by-play for the station's coverage of the NHL from 1995-2005 and its broadcasts of the NCAA Division I Men's Frozen Four semifinals and finals in 1998 and 1999. His hockey broadcasting background also includes having produced and and hosted a nationally syndicated show on NHL Radio Network (1988-89) and calling college hockey games for his alma mater, State University of New York at Oswego.

The 39th annual U.S. Hockey Hall of Fame Induction Ceremony and Dinner will take place Dec. 12 in Chicago at the Renaissance Chicago Downtown Hotel. The event will begin at 7 p.m. (CST), with doors opening at 6:30 p.m. To order tickets, download the ticket order form or call Sara Luther at (719) 538-1162. Sponsorship opportunities and additional event information can be found at USHockeyHallofFame.com. 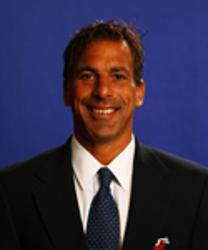 With a professional career spanning 26 seasons,Chris Chelios is the all-time leader in games played by a defenseman in National Hockey League history (1,651). The second-round draft pick (40th overall) in the 1981 NHL Entry Draft of the Montreal Canadiens went on to win three Stanley Cups and three Norris Trophies, along with a silver medal with the U.S. Olympic Men’s Ice Hockey Team in Salt Lake City in 2002 and an NCAA national championship with the University of Wisconsin in 1983. Chelios played seven seasons (1983-90) in Montreal, nine in both Chicago (1991-99) and Detroit (1998-2009) and one season in Atlanta (2009-10), amassing a total of 948 points (185-763), which is 10th all-time among NHL defensemen. The Chicago, Ill., native played in 11 NHL All-Star Games, representing three different teams. Additionally, Chelios was a staple in international hockey for more than three decades. He is one of only two male players to represent the United States at four Olympic Winter Games (1984, 1998, 2002, 2006) and captained his final three Olympic squads. He also helped the U.S. defeat Canada to win the 1996 World Cup of Hockey, and represented his country a total of 10 times on the international stage. 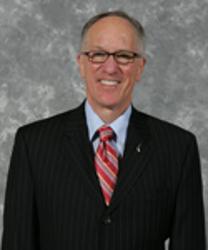 One of the most recognizable voices in sports, Mike “Doc” Emrick has been behind the microphone for some of the most memorable games in modern hockey history. In his nearly 40 years as a play-by-play announcer, Emrick has called 13 Stanley Cup Finals as the lead national announcer on NBC, Versus, FOX and ESPN and also 23 game sevens in NHL playoff action. His voice was also heard during the 2010 Olympic Winter Games gold-medal men's hockey contest, which was the most watched hockey game in America in 30 years. A 2008 recipient of the Hockey Hall of Fame's Foster Hewitt Memorial Award for outstanding contributions to hockey broadcasting, Emrick has called NHL games for all major networks, while also serving as the voice of the New Jersey Devils from 1993-2011. Emrick has received numerous honors, including a national Emmy Award for “Outstanding Sports Personality – Play by Play” in 2011, the Lester Patrick Trophy in 2004, as well as seven local Emmy Awards. A native of La Fontaine, Ind., he has served as vice president of the NHL Broadcaster’s Association since 1985 and is a member of the Hockey Hall of Fame selection committee. 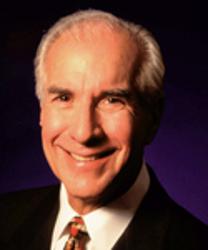 Ed Snider's contribution to the success of hockey in Philadelphia and the Atlantic region of the United States is immeasurable. In 1966, the founder and current owner of the Philadelphia Flyers made a successful bid for the team when the NHL made its first expansion, and has since turned the organization into one of the most successful franchises in the league. His commitment to advancing the game at the amateur level is evidenced in many ways, including in 2005 when he founded the Ed Snider Youth Hockey Foundation to provide unprivileged children in the Philadelphia area with an opportunity to learn to play hockey at local rinks. In 2008, the Snider Hockey Foundation rescued three of the five Philadelphia inner-city ice-skating rinks that had been targeted for closure by funding and operating them for the city. The Foundation now funds and administers programming in all five city rinks. Snider, a native of Washington, D.C., was inducted into the Hockey Hall of Fame in 1988 and the Pennsylvania Sports Hall of Fame in 1985. He is the current chairman of Comcast Spectacor. 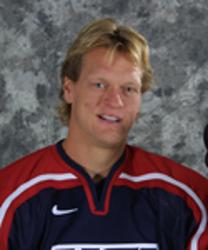 Gary Suter’s 17-year NHL career included 844 points (203-641) in 1,145 games played after being drafted by the Calgary Flames in the ninth round (180th overall) of the 1984 NHL Entry Draft. Suter made an immediate impact with the Flames, tallying 68 points (18-50) en route to winning the Calder Trophy in 1986, which marked the first time an American-born defenseman was named the NHL’s top rookie. A staple on the Calgary blue line for 10 seasons, Suter set a career-high in assists (70) and points (91) in the 1987-88 season and helped the Flames to the franchise’s only Stanley Cup a year later. Suter spent five seasons with the Chicago Blackhawks (1993-98) and four years with the San Jose Sharks (1998-02) before retiring. On the international stage, Suter earned a silver medal with the U.S. Olympic Men’s Ice Hockey Team at the 2002 Olympic Winter Games in Salt Lake City. He also helped he United States capture the first-ever World Cup of Hockey crown in 1996. In all, the Madison, Wis., native represented the United States in eight international events. Suter, who played college hockey at the University of Wisconsin (1983-85), ranks fourth in NHL history in career points by an American defenseman. 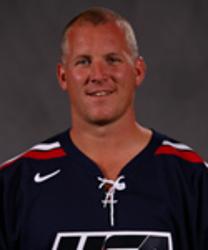 After being drafted 19th overall by the Winnipeg Jets in the 1990 NHL Entry Draft, Keith Tkachuk went on to play 19 seasons in the NHL and is one of only four American-born players to score 500 career NHL goals. All total, the forward appeared in 1,201 games and recorded 1,065 points (538-527). Tkachuk made his NHL debut at the age of 19 and was named captain of the Jets by his second season with the team. The Melrose, Mass., native broke the 50-goal barrier in back-to-back seasons (1995-97) in the midst of Winnipeg’s relocation to Phoenix. Tkachuk recorded a career-high and NHL-leading 52 goals during the 1996-97 campaign with Phoenix, which also marked the first time an American-born player led the NHL in goals. After 10 years with the Winnipeg/Phoenix organization, Tkachuk was traded to St. Louis, where he would eventually retire after nine seasons (2000-10) with the organization. His stay in St. Louis was interrputed by a brief stint with Atlanta late in the 2006-07 campaign. A five-time NHL All-Star and four-time Olympian (1992, 1998, 2002, 2006), Tkachuk, who played college hockey at Boston University (1990-91), represented his country a total of eight times, including earning a silver medal at the 2002 Olympic Winter Games in Salt Lake City and helping the U.S. win the 1996 World Cup of Hockey.