COLORADO SPRINGS, Colo. – Art Berglund, Derian Hatcher, Kevin Hatcher, Dr. V. George Nagobads and Jeremy Roenick make up the United States Hockey Hall of Fame's Class of 2010, as announced today by USA Hockey. The five-member class will be enshrined into the Hall on October 21 at HSBC Arena in Buffalo, N.Y.

"These five individuals truly represent the very best of our sport in many different facets and their contributions have been truly extraordinary," said Ron DeGregorio, president of USA Hockey. "We look forward to their formal induction in Buffalo this October." 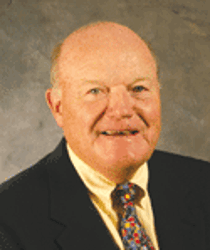 Art Berglund's career in international ice hockey spans portions of five decades, during which time he managed or served on the administrative staff of more than 30 U.S. teams in a variety of tournaments worldwide. In addition to his work as USA Hockey's director of national teams and international activities for 11 years, as well as the organization's senior director of international administration for nine years, Berglund previously managed the Broadmoor World Arena and worked as a National Hockey League scout. Among his many international assignments, Berglund served as the general manager of nine U.S. Men's National Teams and eight U.S. National Junior Teams, and was involved with six U.S. Olympic Men's Ice Hockey Teams. He received the NHL's prestigious Lester Patrick Award in 1992 and was inducted into the International Ice Hockey Federation Hall of Fame in 2008. 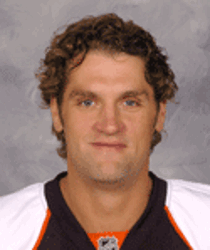 After being drafted eighth overall by the Minnesota North Stars in the 1990 NHL Entry Draft, Derian Hatcher went on to play 16 seasons in the NHL, where the defenseman appeared in 1,045 games and amassed 331 points (80-251). While his career was mainly spent with the Stars organization, first in Minnesota, then in Dallas, he also suited up for both Detroit and Philadelphia. After successfully breaking into the NHL during the 1991-92 season, Derian Hatcher enjoyed some of his best seasons in the latter part of the decade. In 1996, he was part of the U.S. team that captured the World Cup of Hockey; in 1997, he was selected to the NHL All-Star Team; in 1998, he was chosen as a member of the U.S. Olympic Men's Ice Hockey Team; and in 1999, he became the first American-born captain of a Stanley Cup-winning team with Dallas. 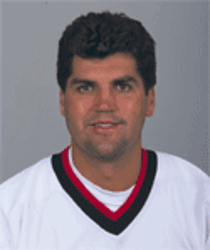 The older brother of Derian, Kevin Hatcher spent 17 seasons as a defenseman in the NHL after being drafted 17th overall by the Washington Capitals in the 1984 NHL Entry Draft. He played 1,157 games, which included nine seasons in Washington, followed by stints in Dallas, Pittsburgh, New York (Rangers) and Carolina. A five-time NHL All-Star (1990-92, 1996-97), Kevin Hatcher totaled 677 points (227-450), tallying a career-high 79 points (34-45) during the 1992-93 season and becoming just the seventh defenseman in league history to score 30 goals in a single season. Kevin Hatcher also excelled internationally, representing the United States at the 1984 International Ice Hockey Federation World Junior Championship, 1987 and 1991 Canada Cups, the World Cup of Hockey in 1996 and the 1998 Olympic Winter Games. 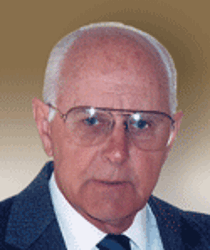 Few people have had such an impact on as many hockey players as Dr. V. George Nagobads. Beyond serving 34 years as the team physician for the University of Minnesota men's ice hockey program, he has worked with countless other collegiate, national and professional teams. From 1967-90, Nagobads was the physician for five U.S. Olympic Men's Ice Hockey Teams, 15 U.S. Men's National Teams, two Canada Cup teams, six U.S. National Junior Teams and the first-ever U.S. Women's National Team. He served as USA Hockey's chief medical officer from 1982-92 and was on the IIHF Medical Committee. In addition, Nagobads was the team physician for the NHL's Minnesota North Stars from 1984-92 and the Minnesota Fighting Saints of the World Hockey League from 1973-76. He was the 2003 recipient of the IIHF's Paul Loicq Award for his outstanding contributions to international hockey and will be inducted into the University of Minnesota "M" Club Hall of Fame this September. 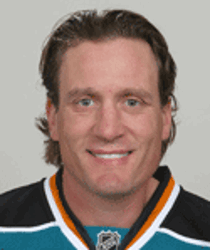 Jeremy Roenick's 20-year NHL career included 1,216 points (513-703) in 1,363 games played after being drafted by the Chicago Blackhawks eighth overall out of high school in 1988. Roenick jumped directly into the Chicago's lineup after having just turned 19. Shortly thereafter, he registered over 100 points for three straight seasons (1991-94), helping the Blackhawks to the Stanley Cup Finals in 1992. Roenick went on to play for Phoenix, Philadelphia, Los Angeles and San Jose, while becoming a nine-time NHL All-Star and the second-highest American-born goal scorer in the history of the league. With Phoenix, Roenick became the only player in NHL history to lead his team in goals, assists, points and penalty minutes in two different seasons (1999-2000, 2000-01). An international star as well, Roenick played in two IIHF World Junior Championships (1988, 1989), both the 1991 Canada Cup and World Championship and both the 1998 and 2002 Olympic Winter Games. He was named to the World Cup of Hockey 2004 team, but had to withdraw due to health concerns.

U.S. Hockey Hall of Fame inductees are chosen on the basis of extraordinary contribution to the sport of hockey in the United States.