Lester Patrick Trophy Winner Allen Has Seen it All

As USA Today’s lead hockey writer for the last 28 years, Kevin Allen has watched a lot of hockey.

Allen has served as president of the Professional Hockey Writers Association for the last 11 years and offers his take on this year’s Hockey U.S. Hall of Fame inductees:

“She was a pioneer.  Before there was Cammi Granato, there was Cindy Curley. She was a dominant player, she was Gretzky-like and infinitely better than everybody else. She wanted to get better and she worked hard at it. She happened to be great before there was (women’s hockey in the) Olympics and television and everyone knew what women’s hockey was.”

“He changed the face of American hockey.  In the 1980s the U.S. started to get a lot of great players. But Guerin was the power forward that could compete with the Canadians in the corners and he wasn’t intimidated.  Guerin and Keith Tkachuk came along when the U.S. had the skill level to compete against Canada, but they really didn’t have the tenacity. Guerin and Tkachuk helped change that. The difference was that before them, everyone hoped to beat the Canadians.  Bill and Keith expected to beat them. And it was contagious.”

“I have the greatest respect for him. It is difficult in this sport to think beyond your team and he has been able to do that.  He saw that it would be better for the league if the American program was better. So he lobbied the NHL to support the USA Hockey National Team Development Program.  He has been involved in youth hockey for a very long time.  He has put his money where his mouth is.  He is a guy who cares deeply about the sport.”

“He was the name that was synonymous with coaching college hockey. He’s well spoken, and has a commanding presence and is such a great figure for the sport. In addition to being a terrific recruiter and having all those really good teams, he was a great innovator. He always liked to talk about ways to make the game better. That’s what made his program so successful - he thought about how to make things better.”

“He also helped change the compete level of the U.S. teams. He was such a feisty, prickly, combative center, and a great playmaker.  He was a guy who could get 80 assists at the NHL level, but he could bear down on his stick and really get after you.  He was a great two-way player and fit into what the changing idea of what a good American player was like.” 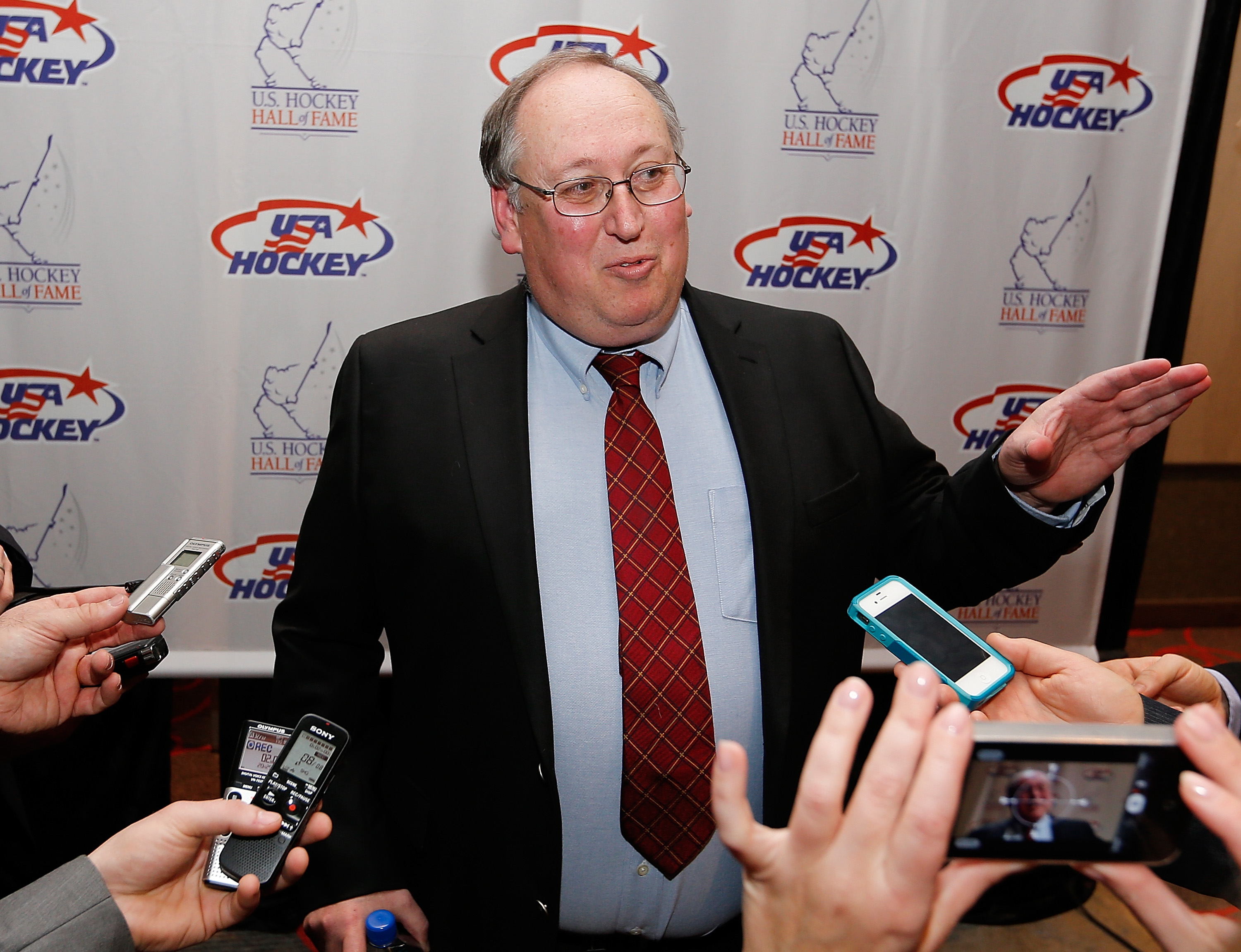