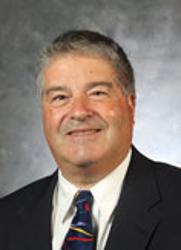 Lou Vairo, who has coached players at every level in the game, has been instrumental in the development of hockey in the United States for parts of the past six decades. In the 1960s, he was a leader in building grassroots programs in New York City. During the 1970s he transitioned to coaching, highlighted by a 1976 national championship while directing the Austin (Minn.) Mavericks of the United States Hockey League. Vairo’s coaching career expanded to USA Hockey in 1979. He served as head coach of the U.S. National Junior Team from 1979-82 and once again in 2003. On five occasions (1983, 2000-03), he was head coach of the U.S. Men’s National Team. After contributing as a scout to the gold medal-winning 1980 U.S. Olympic Men’s Ice Hockey Team, he served as head coach of the 1984 U.S. Olympic Men’s Ice Hockey Team and was an assistant coach for the 2002 U.S. Olympic Men’s Ice Hockey Team that received the silver medal in Salt Lake City, Utah. From 1984-86, Vairo moved to the National Hockey League and was an assistant coach for the New Jersey Devils. He then spent the next six seasons coaching in Holland and Italy, including stints working with both countries national teams. Vairo, USA Hockey’s director of special projects since 1992, was the driving voice in the formation of the Diversity Task Force that began in 1992 to help introduce hockey to inner city and minority children. He was at the forefront of helping develop many of USA Hockey’s most successful programs, including in coaching education and player development. Vairo introduced the United States to European concepts of training and playing in 1972, including methods he learned when studying with legendary Soviet coach Anatoly Tarasov. A long-time member of the IIHF Coaching Committee, Vairo concepted the current IIHF Development Camp that brings together players, coaches, and support staff from all IIHF members each summer in both Europe and Asia to foster the continued growth of the game. He was honored twice in 1994 for his lifetime commitment to hockey, receiving both the John “Snooks” Kelley Founders Award from the American Hockey Coaches Association, and the Walter Yaciuk Award from USA Hockey’s Coaching Education Program. Vairo received the NHL's Lester Patrick Trophy in 2000 and in 2010 was named the recipient of the International Ice Hockey Federation’s Paul Loicq Award. In May of 2014, he was inducted into the New York State Hockey Hall of Fame.