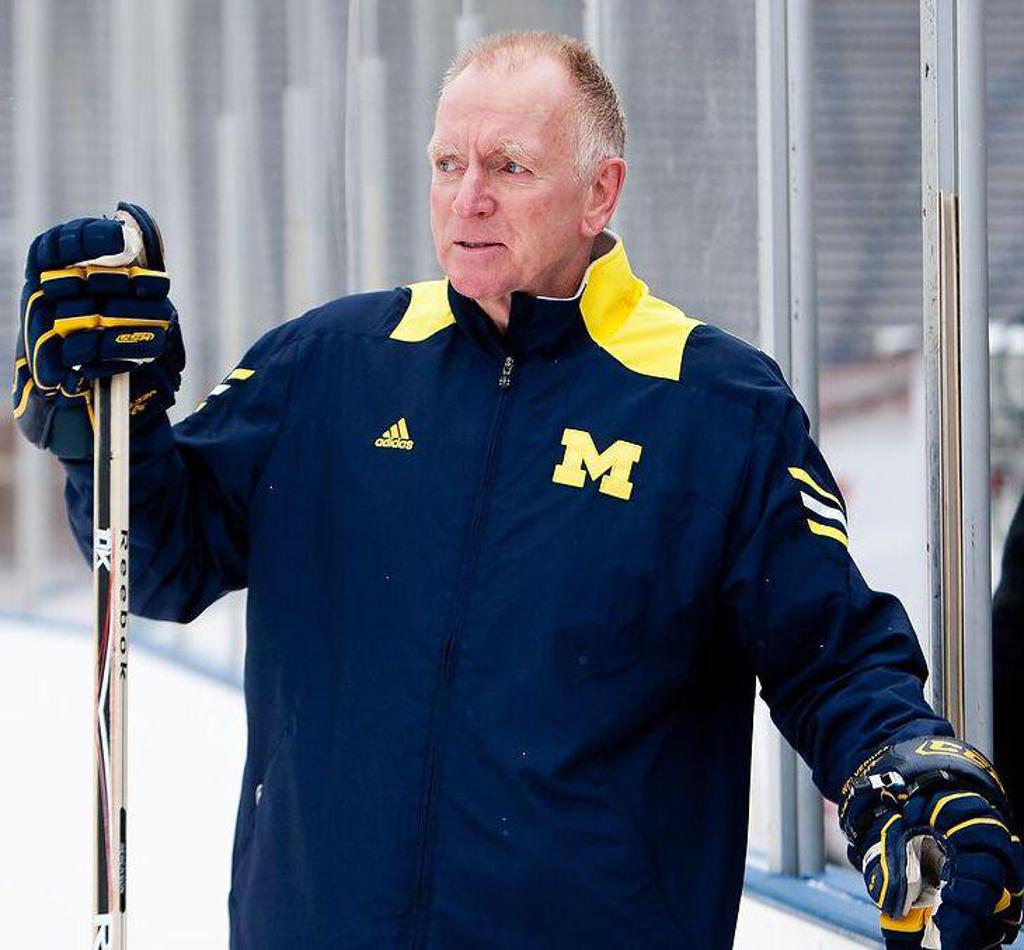 A storied figure in American hockey, Gordon “Red” Berenson stepped down as head coach of the University of Michigan men’s ice hockey program following the 2016-17 season after 33 years behind the bench. One of just four college hockey coaches to collect 800 career wins, Berenson helped lead the Wolverines to 22 consecutive appearances in the NCAA Tournament from 1991-2012, marking the longest streak in college hockey history.

Over the course of those 22 years, Michigan appeared in the NCAA Frozen Four 11 times, including four consecutive appearances from 1995-98 and three straight showings between 2001-03 and 2008-11. Berenson helped return the Michigan hockey program to a regular place among the upper echelon of college hockey, winning national championships in both 1996 and 1998 while placing first or second in the Central Collegiate Hockey Association (CCHA) in 20 of 23 seasons from 1991-2013.

Berenson, who finished his collegiate coaching career with an 848-426-92 (.654 winning percentage) record, coached 1,366 games at the University of Michigan and captured 11 CCHA regular-season titles along with nine CCHA Tournament titles. He won the Spencer Penrose Award as the top coach in NCAA Division I men’s ice hockey and the CCHA’s Coach of the Year Award in 2008. The CCHA Coach of the Year Award was the second of his career after winning it in 1994. He was also the 2016 Big 10 Coach of the Year

Berenson is one of four former Michigan ice hockey captains to coach the Wolverines. He was named an All-American for the second time in his collegiate career in 1962 when he recorded 70 points (43G, 27A) in just 28 games. The 43 goals and nine hat tricks he scored that season remain Michigan records today.

A Stanley Cup champion and six-time NHL All-Star, Berenson holds two degrees from University of Michigan – a bachelor’s degree from the School of Business Administration and a Master of Business Administration. He played in the NHL for 17 years, accumulating 658 points (261G, 397A) in 987 games with the Montreal Canadiens, New York Rangers, St. Louis Blues and Detroit Red Wings. He is a member of the Michigan Sports Hall of Fame, Saskatchewan Sports Hall of Fame, St. Louis Sports Hall of Fame and the University of Michigan Athletic Hall of Honor.