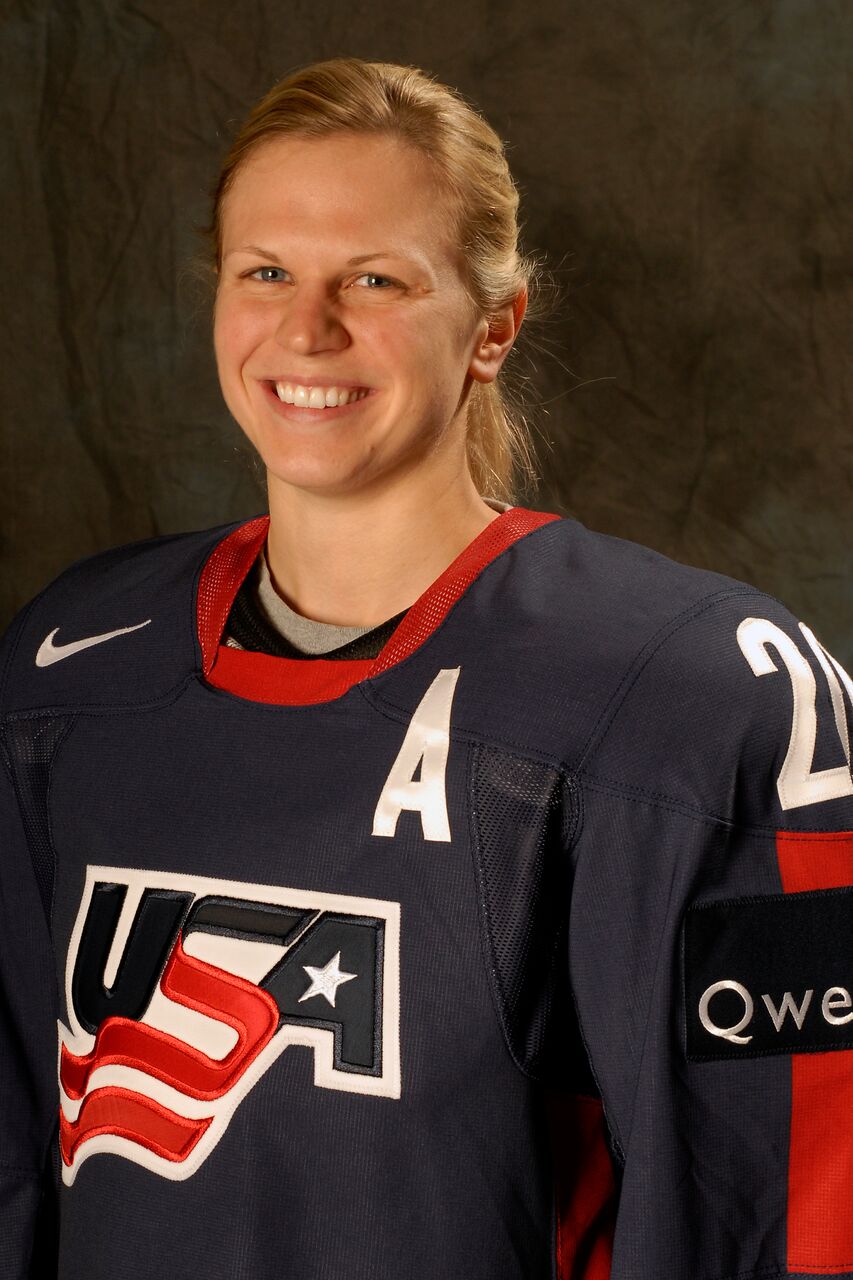 Darwitz was the youngest player ever selected to the U.S. Women’s National Team at the age of 15. She received numerous honors for her international play, including being named to the IIHF Women’s World Championship Media All-Star Team four times (2004, 2007, 2008, 2009) and earning the directorate award as the top forward in 2008. In addition, she led the World Championship in goals in 2004 and 2008, points in 2008 and assists in 2009.  She was named to the Media All-Star Team at the 2002 Olympic Winter Games and led the tournament with seven goals. In 2008, Darwitz received USA Hockey’s Bob Johnson Award, which recognizes excellence in international ice hockey competition.

A former member of the University of Minnesota women’s ice hockey team, Darwitz set a school record with 246 points (102G, 144A) in just 99 career games. She went on to break the NCAA record for points in a single season when she tallied 114 points (42G, 72A) during her final year as a player at Minnesota. The three-time All-American and Patty Kazmaier Award finalist was named the Most Outstanding Player for her record-breaking, nine-point performance at the 2005 NCAA Tournament where she scored the game-winning goal for the Gophers with 1:08 remaining to lead them to their second national championship in as many years.

Today, Darwitz serves as head coach of the women’s ice hockey team at Hamline University in St. Paul, Minnesota. In her first year behind the bench at Hamline, the Pipers posted nine wins, the program’s most in nearly a decade. During her second season, Hamline compiled the second-best record in school history and qualified for the MIAC playoffs for the first time in 10 years. She continued to help the program grow during the 2017-18 season, guiding the Pipers to their best season ever with a 22-5-3 overall record. The club won its first-ever MIAC postseason tournament and finished third in the NCAA Division III Tournament. Darwitz was named the MIAC Coach of the Year as well as the USCHO.com D-III Women’s National Coach of the Year.

Prior to coaching at Hamline, Darwitz served as an assistant coach at her alma mater, helping guide Minnesota to its first WCHA title since she was a player. The team went on to appear in its first Frozen Four since 2006.