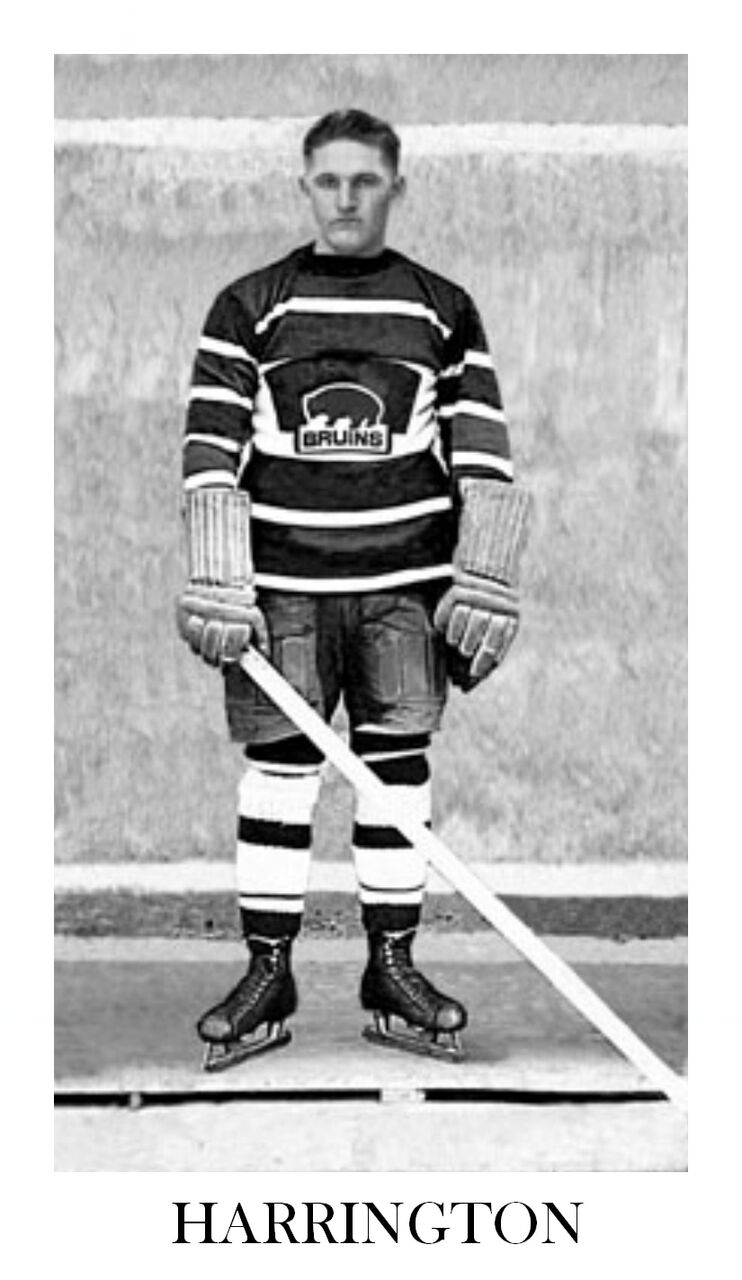 The first American-developed player to record a hat trick in the NHL, Boston-born Leland “Hago” Harrington was a pioneer in the development of Massachusetts hockey, both as a player and coach. Reputed to be the most talented high school player at Melrose High School, Harrington joined the famed Boston AA Unicorn in the Eastern Section of the United States Amateur Hockey Association (USAHA) at age 19. In 1923, the USAHA was considered the top hockey league in the United States.

Following two seasons in the USAHA, Harrington signed a pro contract with the Boston Bruins and joined the team in late December 1925. He scored his first NHL goal – the eventual game-winner – just three minutes into his first game against the Toronto St. Patricks.

Harrington continued to haunt Toronto, notching his historic American first with a three-goal game against the St. Patricks on February 13, 1926. And after a slow start, the Bruins eventually surged into the playoff hunt with Harrington scoring seven goals and adding four assists in 26 games. Boston ultimately fell one point short of the playoffs, but the team’s winning percentage improvement over the previous season set an NHL record. Harrington went on to play 22 games with the Bruins during the 1927-28 season before beginning his career with the Providence Reds. He would get one more shot at the NHL during his career, playing 24 games with the Montreal Canadiens during the 1932-33 season where he scored a goal during an opening-round playoff loss to the New York Rangers.

Harrington went on to play with Providence of the Canadian American Hockey League (CAHL) and is remembered as one of the top players in the history of the “Can-Am” League. He led the league with 20 assists during the 1931-32 season and was a playmaker for the club until his retirement in 1936. At the time of his retirement, Harrington was the all-time CAHL points leader with 246 (126G, 120A). He helped the Reds take home CAHL titles in 1930, 1932 and 1934.

After his retirement, Harrington went on to become head coach for the Boston Olympics, a team playing in the Eastern Amateur Hockey League (EAHL). He would lead the Olympics to four consecutive EAHL championships from 1944-47 before retiring in 1949.